Defend the most vulnerable as a witness to God's love for all people.
https://www.stgregs.org/youth-rally-march-mass-life/
Pray for Dobbs

What a historic day!

Abortion argued before the Supreme Court.

They actually debated whether to overturn Roe v. Wade.

Here’s what I told the media immediately following the arguments this morning:

Millions of faithful Catholics across the nation are hopeful after today’s oral arguments that the Supreme Court of the United States will restore sanity to its abortion jurisprudence, which has enabled over 62 million American children to be aborted since 1973.

Protecting innocent life is the preeminent moral issue for Catholics, but it is also the condition of any just society, and abortion robs our most vulnerable citizens of that most basic human right.

Science and common sense tell us children in the womb are as undeniably human as the rest of us. It is time to overturn Roe and allow Americans to once again pass laws that reflect these basic values.

OUR TAKE: Today’s oral arguments before the Court went as well as could be expected. While nothing is set in stone, all of Kavanaugh’s questions seemed to indicate that he thinks the Supreme Court shouldn’t impose its policy preferences on America, and should be neutral on the issue of abortion. This would return the question to the states -- a huge victory for the pro-life movement.

As hoped, Justices Thomas, Alito and Gorsuch were superb today.

Chief Justice Roberts noted that “viability” (one of the current legal standards for allowable regulations of abortion) was arbitrary, and that Justice Blackmun, who established viability as the standard in Roe v. Wade, admitted as much. Justice Barrett suggested that the Court isn’t necessarily calling for every other major case to be overturned if it decides to overturn Roe and Casey.

Overall, you had six justices who had clear problems with Supreme Court precedent establishing viability as the line.

You can listen to a full audio recording of the oral arguments here.

After the oral arguments today, the Supreme Court justices will go home. They will ponder the arguments they heard. Some may watch and read the reactions in the news and the legal community.

IMPORTANT: While the news cycle will end and the media will move on knowing the Court won’t release its decision until next June, the nine justices of the Supreme Court will hold a private conference this Friday and cast their initial vote on the case.

That’s right, in a private meeting among the justices, there will be a show of hands of sorts. Should they uphold Mississippi’s pro-life law? Should they reject the legal framework of the notorious Roe and Casey decisions? Will it be 5 to 4? Will it be 6 to 3? What will that decision look like exactly -- and who will write the opinion for the Court?

Even though we won’t know the results until June, that pivotal vote behind closed doors will happen this Friday.

That’s why I’m asking all Catholics to make this Friday a special day of prayer and fasting.

Many of you attended adoration last night or today because of the historic nature of today’s oral arguments. Over 1,000 parishes participated! That is truly inspirational.

I know you realize this already, but we’re not just facing a legal battle. This is very much a spiritual battle.

That’s why we need additional prayers and fasting.

As St. Pope John Paul II so eloquently wrote in Evangelium Vitae (The Gospel of Life):

“Jesus himself has shown us by his own example that prayer and fasting are the first and most effective weapons against the forces of evil (cf. Mt 4:1-11). As he taught his disciples, some demons cannot be driven out except in this way (cf. Mk 9:29). Let us therefore discover anew the humility and the courage to pray and fast so that power from on high will break down the walls of lies and deceit: the walls which conceal from the sight of so many of our brothers and sisters the evil of practices and laws which are hostile to life.”

Of course, Pope John Paul II’s entire life is a testimony to the power of fasting and prayer to change the world. It’s nothing short of miraculous how the evil menace of Soviet imperial communism seemed to simply fade away thirty years ago.

As Catholics, we know it wasn’t happenstance.

It took courage, leadership, and prayer.

And that’s exactly what our country needs right now. 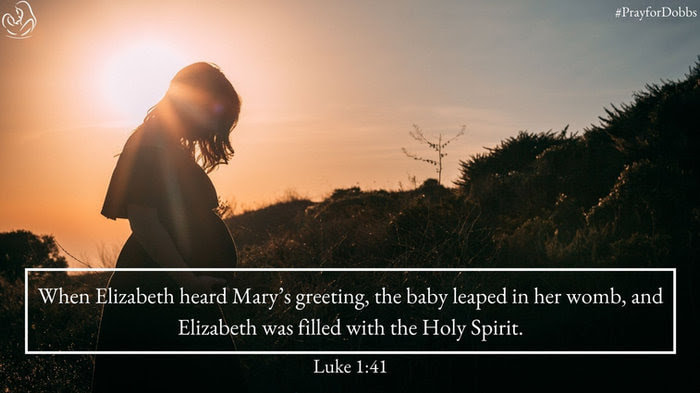